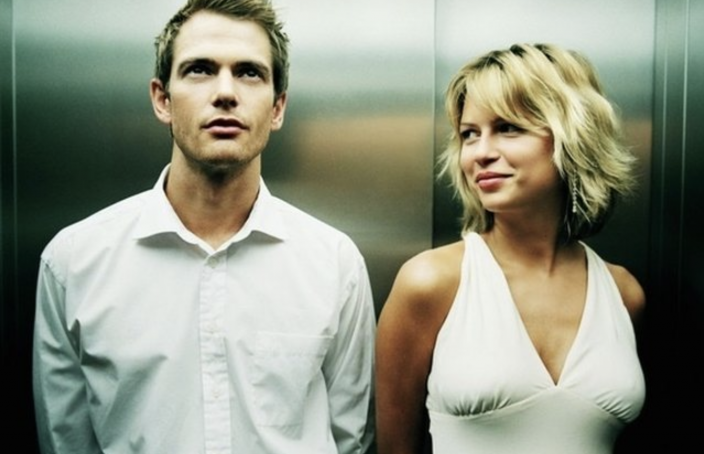 It’s not always easy to tell if a guy likes you.

You’re crushing, but is he crushing back?

How can you find out if he feels the same way?

Do you find yourself asking “Does he like me?”

I’m going to tell you how to answer the question “Does the guy I like like me too?”

How To Tell If A Guy Likes You

I’m going to tell you how you can find out without letting him know your feelings.

And if it turns out he doesn’t, I’ll give you a powerful method that will change the way he sees you forever.

This simple technique will have you turning all the guy’s heads, especially that special someone.

I rarely answer fan mail on my blog but when I read this letter I knew it would apply to SO MANY of you out there. So this is for anyone who has ever asked the question “Does he like me?”

Dear Amy,
There is a guy I like at school. We’re friends with all the same people and when I see him it’s like there’s sparks! I catch his eye from across the room sometimes and he’ll smile. But he never really talks to me when we’re around other people. We’ve never hung out just us. We stop and talk when we see each other. He’s texted a few times but it never went anywhere. My friend says he’s shy but I see him talking to other girls. Does he like me or not? Please help!
-Liz

Thanks for writing Liz. I feel your pain. Guys can be really tough to read.

Especially if they’re shy. In fact, the more a guy likes you, the harder it can be for him to make the first move.

So we’re going to cover some of the ways you two interact to see if they mean he does or doesn’t like you. Then I’ll give you some questions to answer to clarify some things.

This advice is for anyone who likes a guy, but can’t tell how he feels.

How To Deal With Shy Guys

Your friend says he’s shy but you see him talking to other girls.

The fact that he has no problem talking to other girls but is shy around you is actually great sign.

This means you make him nervous because he’s worried about what you think of him. With other girls, he’s able to be more confident because he has nothing to lose.

If he gets flustered, turns red in the face, or seems to be having trouble being his usual self around you, this is a sign you’re in his head and he’s interested.

Based on what you said, I’d say you’ve got a lot to feel good about. He’s definitely friendly with you and there’s nothing that you said that makes him seem like he sees you as “just a friend” which is what you have to worry about.

The fact that he doesn’t talk to you around other people isn’t the bad sign it might seem like. In fact, it’s actually a good sign! Similar to him being flustered around you, it means that he’s being careful. He doesn’t want to make a mistake around you.

But none of these are real sure signs, except one.

The eye contact and the smile are clear indicators. Guys don’t do that to girls they like as just a friend. Sneaking glances like that is a sure sign of romantic feelings.
I’d pretty much stake my reputation as a dating coach that he is, at the very least, quite interested in you. Congrats Liz.

Ask Yourself These Questions To Find Out How He Feels

Maybe you have your eye on a guy like Liz does but he isn’t making the same eye contact.

I’m going to take you through some questions that will narrow down his feelings for you. 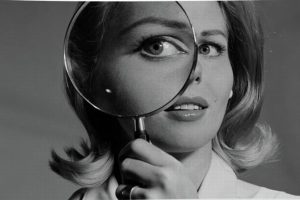 Sadly there’s no way to read guys’ minds (although I’m working on it) so it’s important to take a look at what we do know.

Leave your feelings out of it. Consider the following

These aren’t all necessary–sometimes opposites do attract–but it’s good to be realistic about your chances.

Guys reaching out to you can look like a thousand different things.

Everything from flirting, giving you a hug, or pulling your pigtails.

The important thing is that he goes out of his way to approach and interact with you rather than ignoring your presence.

If he knows you exist and never speaks to you even when you’re giving him every opportunity, or if he always flakes, this isn’t a good sign.

Don’t discount the power of intuition. This requires you to be brutally honest with yourself. Obviously you have feelings for this guy. Do you think he feels the same way?

Go over the conversations you’ve had with him, how he treats you, the way he looks at you.

Think about other guys who have liked you. Did they treat you the way he does? Put your own hopes and dreams aside and be really honest.

But what if you’re still unsure? Here’s how to push things forward without showing your feelings for him.

I told you at the beginning of this video that I’d tell you the mindset you need to have to get him to like you if he doesn’t already. Here it is:

It might seem stupid. Of course you like him. Why else would you be trying to figure this out? Let me explain.

If you’re focusing all your energy on him, you’re putting yourself at a disadvantage. Whether or not you think it affects your actions, it can subconsciously put you into the role of the pursuer without ever knowing. 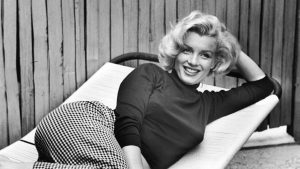 You’re trying to get closer to him and he’s pulling away. Don’t make this mistake.

Or maybe he still likes you but doesn’t know how to move forward because you’ve put yourself in the driver’s seat. Take a step back.

You can avoid this problem by continuing to ask yourself “Do I like him?” When you two speak, really listen and try to figure out what his words say about him. Is this the kind of guy you want to be with?

Don’t be judgmental or mean, just be watchful, careful and honest about him.

If you can keep asking this question and keep your mind clear of the lovey dovey stuff, for a little while at least, you’ll find that he’s trying harder to impress you without even knowing it. This can be all it takes to hook a guy!

Thanks for writing Liz! Good luck with this guy. He sounds like a real catch.