We all know how much it sucks to be bailed on by a guy, especially if he’s someone you’re into romantically. Unfortunately this situation arises all of the time, which is why knowing what to say to a man when he does flake on you will make all the difference for winning him over.

What To Say When A Guy Flakes

To set the scene here, let’s pretend that you have dinner plans with a man and just hours before you’re meant to meet up he shoots you a message saying he can’t make it.

In this case, you have two options:

The first is to get upset and let him know that you’re annoyed by his flakiness.

This could mean giving him attitude, being short with him, sulking, or speaking in a dry, flat tone.

The second (and better option) is to let him know that it’s okay and you’ll catch him another time.

Of course this is easier said than done, especially if you are genuinely disappointed that he’s bailing. Still, letting him see a negative side of you will do you no favours, which is why it’s important to make him feel as though he’s the one missing out. 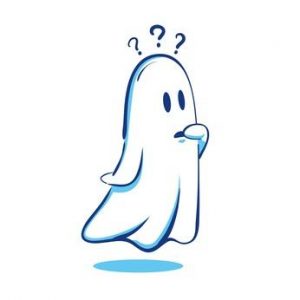 So then, when a guy bails on you then your absolute best bet is to sweetly say or text this to him:

“It’s okay, I understand you’re busy. I have a lot going on the next few days, but perhaps we can reschedule for later this week. Have a great day!”

The reason why this works so well is because even if he assumes you won’t be upset about him cancelling, he still knows there’s a possibility you won’t handle the situation well. However, by coming across as calm, cool and collected, it’ll make him WANT to spend time with you. After all, it’s not everyday that he encounters someone who radiates positivity, even in unfavourable situations.

To better explain why this response works so well, let’s dissect each part of the above text.

Telling him that it’s okay shows him your compassionate side and is your way of letting him know that you’re not mad or upset. This is particularly important if you are hoping to see him again. Adding in the “I know you’re busy” shows you’re considerate of his schedule.

This is worth noting because again, it shows that you don’t expect him to drop everything he’s doing to see you and makes the “it’s okay” sound more sincere. That’s why using both of these together is SO imperative.

Of course there will be times when him bailing ISN’T okay! In fact, you may even want to pull your hair out in frustration of his flakiness. Again though, if you’re looking to win this guy over then it’s important that you make him think he’s the one missing out by not spending time with you.

Getting angry or reacting negatively won’t make him want to see you, in fact, he may even go out of his way to avoid you if he feels like he’s in the dog house.

“I have a lot going on the next few days, but perhaps we can reschedule for later this week.”

This works because men want to be with women who are independent and outgoing. By telling him you’re busy it shows that you’re not sitting around waiting for him, which will make him think that he has to work for your time.

Of course it can be tempting to drop what you’re doing to see him, but making him wait that extra bit will keep him interested. Adding the comment about rescheduling lets him know that you’re still willing and wanting to see him and gives him the green light to contact you again.

Leaving the conversation on a positive note reinforces that you’re not upset with him, which will not only make him come calling again, but he’ll also look forward to seeing you.

Final thought: If you had to cancel plans with a man, would you be more inclined to see him again if he was angry and upset about the situation, or if he pleasantly said it was okay and understood you were busy? Exactly.

It’s not always clear why men ghost women but if you can take it in stride, you have the best shot at a good outcome whether it means giving him another chance or knowing when it’s time to move on.