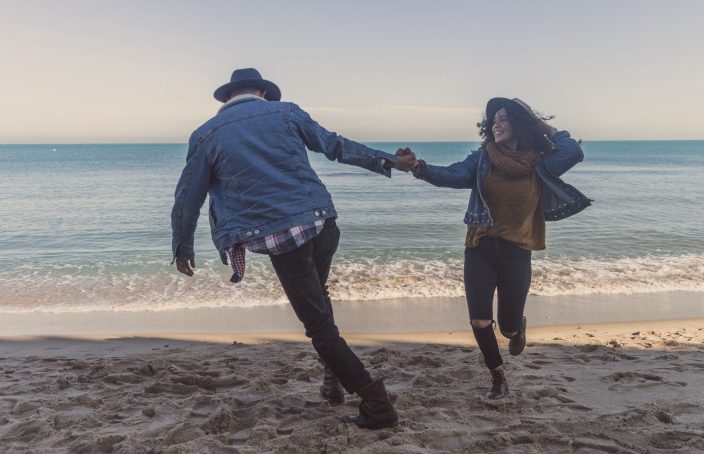 So you’re trying to create something real with a guy and you seem to be hitting it off.

So why have you been unable to really make that connection?

Quite often the reason that it’s not working is that he’s actually afraid to fall in love with you.

In that time, I’ve noticed that men and women seem to respond to love quite differently. While women may be a bit too eager to love, and like to jump right into a relationship right away, men are often more guarded and sometimes even feel threatened by feelings of love.

That’s one of the main reasons they pull away from a relationship and play the field rather than settling down.

So let’s talk about some signs to look for that could mean that he’s afraid to fall in love with you.

1. He wants to keep things casual

This is a common tactic by men who are afraid to fall in love. I won’t say that all men who want to keep things casual are doing it to avoid falling in love, because plenty of men actually are just looking for a casual relationship.

But if the two of you have been dating for more than a few months and he’s still not willing to call you his girlfriend, introduce you to his friends, or otherwise move the relationship forward–especially when the two of you are really connecting–this is a sure sign that he’s afraid to fall in love with you.

2. He doesn’t talk about the future

Why? Because if he was to consider the future, a future where the two of you were moving forward in the relationship, then he’d have to face the idea that things were getting more serious and thus, he may fall in love with you.

So if he doesn’t ever make plans more than a week in advance and you never know what’s coming next, then this is a possible sign that he’s afraid to fall in love with you.

If your guy is sweet and loving with you one minute and then cold and distant the next, this could be a sign that he’s afraid to fall in love with you.

Men act this way because they’re fighting an internal battle between the part of them that really likes you and wants to get closer, and the commitment phobic part of them that is telling them to run for the hills.

He’ll never tell you this but you can see it coming out in his behaviour and it means that he’s afraid to fall in love with you.

4. He just got out of a serious relationship

This one is less of a sign and more of a red flag. If you know that he was in a serious relationship just before the two of you met, then there’s a very good chance that he’s afraid to fall in love with you.

Think about how he talks about his ex. Is there bad blood there? Did he trust her and then get his heart broken? Or did he run away when things got too real?

Whatever went down, this could be a case of “once bitten, twice shy.” Is it any wonder he’d be afraid to open himself up to love again and risk being hurt?

5. He says he has trust issues

Fear of being hurt can also be a source of major trust issues. If he lets you know that it’s not easy for him to trust someone, then you’ll know that he’s going to have a very difficult time falling in love.

6. He keeps his distance

This is a sign that’s common for men who are afraid to fall in love with you. Even though he seems to really like you, is romantic and kind and caring, he’ll still make an effort to keep you at arm’s length.

This could mean that he’s flakey about making plans, he won’t see you as often as you might like, and maybe he takes forever to reply to messages.

This is the classic behaviour of a man who is afraid to fall in love and there’s a good chance he isn’t even aware he’s doing it!

7. He can’t talk about his feelings

This is not necessarily a sign that he’s afraid to fall in love with you but it’s definitely a sign that he struggles with emotions in general, which means it’s more likely that he will have trouble falling in love when the time comes.

If he struggles to communicate with you about emotional issues, if he shies away from conflict and refuses to discuss certain things, you can bet that love may be quite difficult for him. Does he bottle up his feelings and then blow up?

8. He’s been single for a long time

So now that we’ve covered some of the ways you can tell that men may be afraid to fall in love, what do you do about it? Well the truth is that there are things you can do that will make him more open to your love and more willing to accept it.

First off, I’m going to tell you what NOT to do…

While these are natural reactions when you feel like he’s not treating you the way you deserve to be treated, they can actually be quite counterproductive. 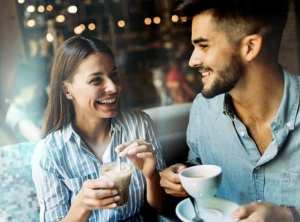 The truth is you can’t make a man fall in love with you by nagging him or leading him by the hand. Because love is something that comes naturally, or it doesn’t.

What you should focus on is letting him get there on his own. Give him the space and support he needs and spend your time getting to know him and connecting with one another without any expectation of what might come next.

Men like to feel like they’re the ones in control in a relationship so if you let him stay in the driver’s seat then he’s going to enjoy spending time with you and, if given time, he’s going to fall for you the way you want.

To accomplish this, you need to look at what role you may be playing in your relationship. Are you always pushing him to take steps in the relationship or is it more often that he’s the one suggesting you meet milestones like going on a trip together, meeting family, or living together. If you realize that you’re the one who’s making all the moves, pull back and allow him to take control. You may be surprised how willing he is to treat you right if you give him the chance.

RELATED: How Men Fall In Love

Another factor you need to consider is the energy that you’re giving off in the relationship. Relationships are not one sided, but the person you can have the most impact on is yourself. With that in mind, take steps to improve your own life and watch as it transforms his opinion of you from just his girlfriend into a confident, special woman that he’s going to want to spend more time with.

This could mean taking strides in your career, your personal life, or fitness. Set goals and smash through them. Don’t even think about what he’s doing. Think about what YOU’RE doing to make things better in your life.

In the end, love comes faster to some than it does to others. Don’t let his feelings (or lack thereof) make you feel bad about yourself. The truth is, he cares about you and wants to spend time with you. For now, let that be enough. If given time, this could be the start of something incredible.