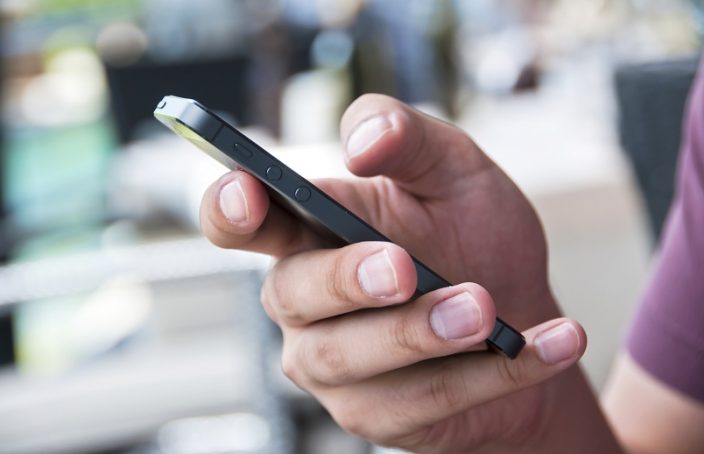 So you’ve been talking to a guy. He seems cool, or at least interesting, and you’re getting along great. Then one night, your phone buzzes at 10 pm, he’s sent a text.

Only he’s not his usual funny, charming self.

He’s being weird and flirty.

That’s right, you’re the recipient of a drunk text!

I’m sure a million things are going through your head right now.

He thinks about me when he gets drunk. Is that good?

Am I just some booty call?

What does it say about him that he texted me drunk?

What does it say about me?

How do I respond?

I’m going to tell you how to respond to his drunk texts, how to make him stop if he’s making you uncomfortable, and what to say to make sure everything goes smoothly.

If you’re reading this, you have questions. First off, what does it mean when he drunk texts you? Does he think you’re easy? Does he have a drinking problem?

Don’t overthink it. It can really just mean that he was thinking about you. Drinking makes us more willing to reach out to people. It can be nice to know that he’s thinking about you when you’re not around and even when he’s out having fun with his friends.

But this depends on what the texts are like.

RELATED: Why Tinder And Texting Are Totally Different

If what he’s saying is creepy and makes you uncomfortable, then cut him loose. Not only does this show a lack of respect for you, it’s a window into what’s on his mind. He’s just keeping this stuff to himself most of the time. Flirting is fine but if he makes things sexual out of nowhere, I’d seriously consider if he’s worth your time.

If it’s just a few misspellings or a weird autocorrect, it’s not a huge deal.

What To Do When He Sends You A Drunk Text

This is a question with a few different answers, depending on what the texts are like.

Drunk texts are what you make them. They can be a cute way to know that he’s thinking about you. Or something funny you’ll both laugh about later.

With that in mind, I’d just talk to him like normal. Poke fun at him for being drunk.

If you don’t mind the texts but don’t know how to talk to him when he’s like this, that’s okay too. Wait until the next morning and then hit him with something playful like:

“Hahaha sounds like you were having fun last night.”

“I guess wine makes you think of me lol.”

Drunk texting becomes a problem if it’s happening all the time.

How much is too much?

Well if you’re noticing a pattern, it might be time to nip it in the bud. Is he only reaching out when he’s hammered? Have you only been talking a couple of days and he’s already hitting you with the drunk text?

Basically, if you’re in a scenario where his drunk texting is making you lose respect for him or make you feel like he doesn’t respect you, then it’s a red flag.

If you want to stop him from drunk texting you then start by keeping your cool.

Don’t respond until the next morning. Drunk texting usually happens pretty late at night anyway and if you’re trying to get a point across, he’s not going to be very perceptive when he’s drunk out of his mind.

There are a few ways to handle it. I’d say something like.

“I like talking to you better when you’re sober”

In the cold light of morning he’ll usually get that message loud and clear.

If this doesn’t stop him–some guys can be slow on the uptake–then make it a point not to respond to him for a few days after he drunk texts. A lot of the time this can be enough to curb the behaviour.

When is drunk texting a deal breaker?

First look at how serious this relationship is. If you two have only been on a couple dates or not even met yet and he won’t stop sending you messages under the influence then I’d think seriously about moving on. This might be an indication of a bigger problem with alcohol or at the very least show you that he’s inconsiderate.

If this is your boyfriend then it’s a different issue. Continue to be firm with him and make it clear why you dislike it. Tell him in no uncertain terms:

“Stop texting me when you’re drunk.”

There are few guys who won’t get that message.