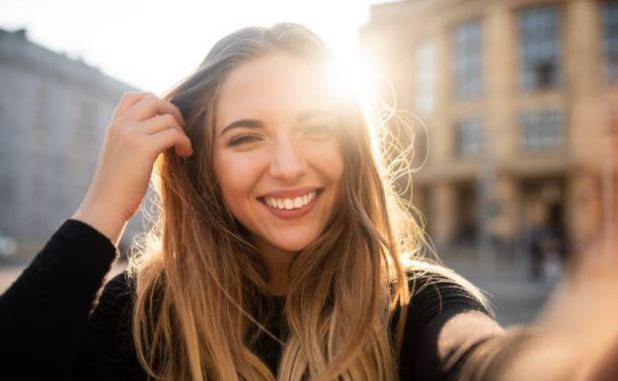 Sick of being single?

I’m going to tell you how embracing your singleness has the potential to change everything.

It’s all about learning how to be single.

Being single is a reality for so many women out there. Even though you will eventually find long lasting love, in the meantime, you need to learn to be happy on your own.

Not only will this improve your quality of life, it will make you a more attractive partner to the right guy and it will even make you a BETTER partner when you do finally get together for good.

The truth is independence and happiness are extremely attractive and they’re also achievable.

First off, let’s look at the positive side of being single.

The Benefits Of Being Single

In a word… freedom. Being single is all about being free. You can do anything you want, whenever you want without having to consider your man’s needs.

While an ideal relationship won’t force you to change yourself or your lifestyle, there is no such thing as a relationship without compromise. But when you’re single, you don’t have to compromise.

Being single is a chance to decide what you want, and figure out your own priorities. Once you’ve figured out how to exist as a singleton, it’ll be much easier to figure out how to integrate a partner into your life.

Another benefit of being single is that you get to know yourself. Think about those people you know who jump from relationship to relationship, never able to be alone for any length of time. Sound familiar?

The world is a lonely place but if you can’t be comfortable alone, then a relationship isn’t going to save you. If you can learn how to be happy and single then you can hold out for the relationship you really want and deserve.

Finally, being single is being able to decide your own future. The security of a relationship is a powerful thing, but so is being able to completely change the direction of your life whenever you want.

You want to suddenly move to China and open a llama farm? If you’re single, you don’t have to worry about convincing your boyfriend that being spit on is actually a sign of respect. You’re only responsible to number one so you’re able to change and grow more easily.

That’s all well and good. But what if you’re struggling to navigate the single life? Here’s how to not only survive but thrive as a single woman.

1. Be Proud To Be Single

Being single isn’t a scarlet letter, especially these days. There are a million married women who would switch places with you in a second. The idea that unmarried women become “old maids” comes from a time when women were seen as having a “best before” date.

Today we know that women’s value doesn’t come from their youth or good looks. Plus being ashamed of yourself isn’t going to make you any less single. Flaunt it and not only will it lead to increased confidence, it’s a nice way to let other people know that you’re available and interested in new things.

2. Take Advantage Of Being Single

Get in touch with yourself and who you want to be. While it’s obviously possible to do this in a relationship, it’s much easier when you’re single. When you’re in a relationship, you have a responsibility to your partner. You need to consider their feelings when you make decisions. As a single person, you only need to consider what you want and need and I think that’s powerful.

3. Connect With The People Around You

One of the risks of being single is feeling lonely and isolated. But you don’t need a boyfriend to feel loved.

You can get that social connection from friends, family and all sorts of social activities. This allows you much more social variety than a relationship does. And variety is the spice of life.

Travelling alone can change your life more so than almost any other activity. Get out of your home environment, take a break from work and from the people in your life, and try something new.

The thing about solo travel is that you’re the only constant. This allows you to see who you are when you’re free from your normal routine. Plus, accents are sexy.

5. Find Out What You Want Out Of Dating

Many single women find dating to be stressful. You wouldn’t believe how many women have told me they wish they could fast forward through dating and just be settled with a man they love.

I understand their frustration but this attitude can cause you to miss out on so much. Dating allows you to learn about other people and yourself. It’s your chance to build something from the ground up.

When you’re single it’s easy to see dating as a race to the finish but I urge you to see it as an opportunity to explore what you’re looking for out of a relationship.

Instead of looking for red flags, pining after unavailable men and trying to push things forward towards a commitment, enjoy getting to know another person. Not only can this expand your horizons and change your outlook–it prevents you from being put in a box. Every date is an opportunity to explore your own identity.

Having trouble attracting men? My Devotion System will show you how to make connections effortlessly. Hundreds of my clients around the world have used the Devotion System to achieve happiness in love and in life.

6. Stop Trying To Get Dates

One of the hardest barriers when learning how to be single is feeling desperate. But the truth is putting pressure on yourself to find a man isn’t going to make it any less likely. In fact, you’ll find that the harder you try, the harder it becomes.

If you can relax and enjoy the moment then the guys will come to you. There’s a reason they call it casual dating.

Myths About Being Single

There’s a lot of shame that surrounds being single in our society. This often comes in the form of pressure to find a partner and it only gets stronger and stronger as you age.

The truth is many of the negative feelings people have towards single people are just ugly stereotypes with no basis in fact. I’m going to challenge some of the myths about being single.

This one is just obviously wrong. Everyone is single at some point whether they’ve been in serious relationships or even married. If you and your husband drifted apart and got divorced this has nothing to do with your selfishness or lack thereof. The truth is, single people make up almost half of the adult population so the idea that they’re ALL single for the same reason is ridiculous.

If you’re single, there’s something wrong with you

More people are choosing to be single than ever before. Even celebrities like Oprah, Sheryl Crowe and Diane Keaton have never been married and they’ve achieved worldwide fame and success in their fields. Again, so many people in the world are single by choice or by circumstance. Think of single people you know. Is it fair to paint them all with the same brush? Of course not, so don’t let others make you feel bad simply because you don’t happen to have a boyfriend.

Single women only want to get married

The truth is, many women stay single by choice. This is often a sign of happiness and satisfaction with life. The world has come a long way since women were liberated. So many women find satisfaction in work, creative pursuits, friendship and so many other ways. The days of being either old maids or housewives are over. Being single doesn’t say anything about what you want and need out of life. Only you can do that.

What it comes down to is that your marital status doesn’t say anything about your happiness, your ability to fit in, or your value as a person. It’s easy to let being single get you down but remember, being single is a part of life for every body and there’s no shame in it.