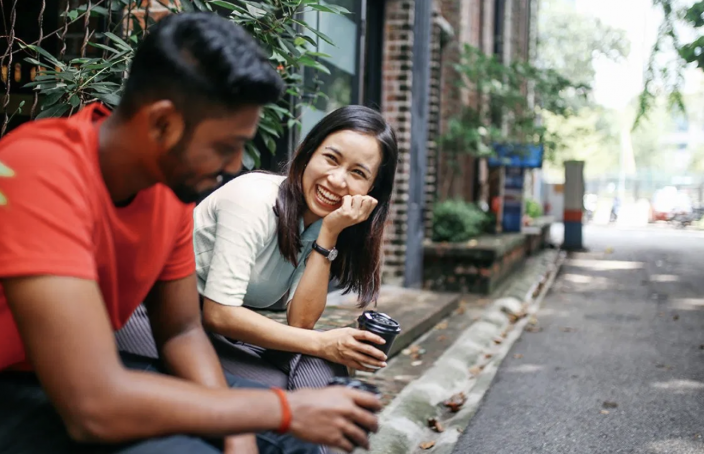 Met a great guy but he won’t make it official?

Is he afraid of commitment?

I’ll give you the seven signs that tell you to worry about his fear of commitment.

Sign #1: He seems to have no past relationship experience.

If you’re dating a guy who is in his early 20’s or older, and he seems to have zero to say about his past relationships… if he doesn’t ever talk about his exes, or appear to have much previous dating experience whatsoever… it could be a sign that he’s really bad at the whole “commitment” thing.

The older the guy you’re dating the more significant this sign is. But as judgemental as it may sound, a man without any previous girlfriends or dating experience could definitely be scared of committing.

Sign #2: He’s scared or unwilling to meet your family and friends.

It’s not weird to be a bit nervous about meeting your partner’s family or close friends for the first time.

But if you’ve been together for a couple of months or longer, and he’s totally opposed the idea of meeting your friends and family, that could definitely be a sign that he’s not looking for anything serious or long-term.

A guy who is terrified of commitment will want to avoid allowing his life to become intertwined with yours, because that makes things a lot more messy if and when the relationship ends.

So if you feel like things are getting serious, but he’s unwilling to ever meet the people closest to you, that can definitely be a red flag that he’s afraid of commitment.

This one might be a bit of a no-brainer for some of you ladies out there, but think back to the past few times you’ve hung out.

Did it always start with a late-night booty call? Does he always seem to be “busy” when you ask him to go for lunch or to a matinée movie…? How often do you spend time together WITHOUT the date ending up in the bedroom?

Simply put, if this guy only seems to be interested in the physical side of things, that could be a sign he’s not into anything serious and only wants you for the sex.

Sign #4: He’s constantly giving you the “hot and cold” treatment.

This might be the single biggest warning sign of all. Basically, if a man seems to be really into you one minute, and then suddenly disappear and ignore you for days on end… that’s not a good sign.

Now, don’t worry too much if this is just an occasional thing or if he takes a few hours to reply to a text message from time to time. That’s normal. Maybe he’s just busy or in the middle of something.

BUT… if he’s constantly ghosting you and falling off the map for days or even weeks on end just when it feels like you’re really connecting, that may be a sign that he’s trying to put some distance between you and could be afraid of commitment.

Even the biggest commitment-phobes desire intimacy occasionally, but they’ll typically put the brakes on things as soon as it starts getting serious. Once he’s let things cool off a bit, he’ll start reaching out again. If this sounds familiar, be warned: you could be with a guy who is emotionally unavailable and terrified of committing.

This is another big one. It’s possible for a guy to be totally into you and love hanging out with you, but be totally opposed to making plans for the future. He’s just afraid that planning ahead will make you feel too much like a real girlfriend (which is a label that scares him to death).

RELATED: How To Make A Man Fall In Love With You

If he isn’t willing to make plans with you more than a few weeks into the future, it’s definitely a strong indication that he’s not ready to commit to you or a real relationship. At least… not yet.

Sign #6: He makes fun of his friends who are married or in long-term serious relationships.

A guy who sneers at his married friends or seems to look down on the idea of serious relationships is probably not someone who is going to be willing to commit to one himself.

Don’t get too worried about a one-off comment… but if it seems like he’s always turning his nose up at the idea of serious, committed relationships… that is definitely a sign he’s not ready to commit or is afraid of commitment.

Sign #7: He’s unwilling to put a label on things.

Obviously, it’s neither reasonable nor wise to insist a guy refer to you as his “girlfriend” after 2 dates. But when you’ve been dating for several months and it feels like things are getting more serious, and if he still refuses to ever call you his “girlfriend” or publicly acknowledge that you’re dating, that’s not a good sign.

This is especially concerning if you’ve ever tried to bring up the subject with him directly or if he’s still on tinder.

If you’ve tried to start a discussion about your future or the state of your relationship and he totally pulls away and won’t have that conversation with you, this is almost always a red flag. The longer he resists the idea of calling you his “girlfriend” or acknowledge you’re dating, the more serious the situation.