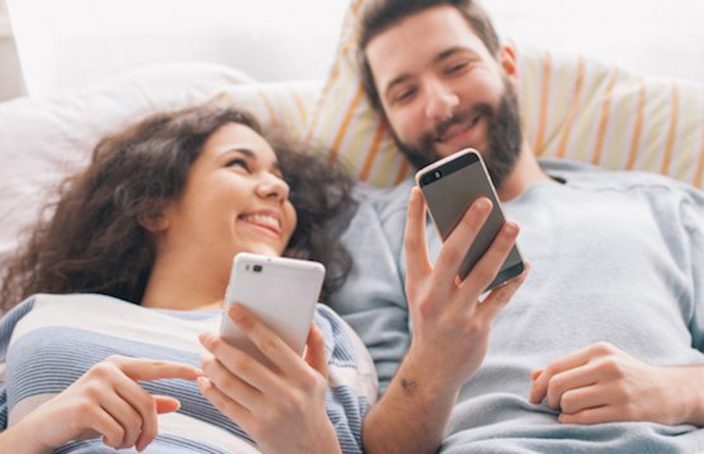 So you found out your boyfriend is on Tinder.

Does that mean he’s cheating?

How can you make him stop?

The truth is, whether or not he’s cheating isn’t the point. I’ll tell you why, in some cases, using tinder is actually worse than cheating and more of a red flag in a relationship. I’ll also tell you how to have the conversation with your partner about getting off dating apps, what to do if you find out your boyfriend is still on Tinder, and what Tinder means for exclusivity in the context of modern dating.

Why Your Boyfriend Is Still On Tinder

Tinder truly has changed the dating game forever by making dating way more accessible. But with Tinder has come unforeseen wrinkles in modern relationships, including the question we’re covering today.

What Should You Do If You Find Out Your Boyfriend Is On Tinder?

If you’re without a doubt that you two are exclusive then this is definitely a huge red flag at the very least. Plenty of women will dump a guy straight out if they find out he’s still messing around on Tinder.

This is completely reasonable reaction but how you choose to handle it depends on you.

What Makes Tinder Worse Than Cheating

Here’s why being on Tinder is a huge betrayal. Using Tinder is a pretty clear sign of cheating or of intention to cheat. In some ways, the intention is the worst part. I’ll explain why with a hypothetical…

SCENARIO A: your boyfriend has been acting weird for a few weeks, like there’s something on his mind. You ask him what’s wrong but he always says “nothing.” Then, one night, he finally opens up to you. He tells you that weekend when you were away visiting your aunt, he went out to a bar with his friends. He started dancing with a girl, and things got out of hand. He was really drunk and they slept together. You’re crushed. You can’t believe he’d do this to you. He says it was a huge mistake and he wishes every day that he could go back and undo it.
SCENARIO B: One of your girlfriends texts you. She saw your boyfriend on Tinder. She sends you screenshots. His bio is “can be discreet” and his first photo is the one you two took together over christmas, but you’re conveniently cropped out.

Which is worse? SCENARIO A or SCENARIO B? A may have been more physical and more overt but B is much worse. This is because in the first situation, your boyfriend went out, things got out of hand, he was drunk, and he crossed the line. As bad as this is (and it may be unforgivable), scenario B–even if he didn’t sleep with anyone yet–shows intention to cheat. This wasn’t a slip up. He downloaded the app, built a profile and started talking to women.

Still not sure what I’m talking about? 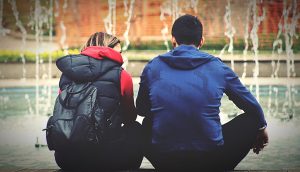 Here’s another hypothetical. It’s like the difference between murder and manslaughter. Imagine you found out that your boyfriend killed someone in a bar fight. It wasn’t in self defense, but neither was it on purpose.

But now imagine that you found out that he got caught for conspiracy to commit murder. He plotted with another person for weeks to murder someone and get away with it. Luckily, he got caught before anything happened, but isn’t that infinitely more creepy?

You have to decide for yourself which is worse but I’d venture that neither one is particularly good.

My point is that intention matters. Don’t let him tell you that he never “really cheated” so it doesn’t count. Just having Tinder on your phone while being in a serious relationship is an act of infidelity.

The Grey Area of Tinder

But what if your boyfriend is on Tinder and he’s been open with you about it? He says it’s “just for fun” and he has no intention of cheating on you. Strange as this may sound, some guys actually say this and mean it.

I wouldn’t fault you if you dumped him for this or got into a huge fight but I think it’s wasting an opportunity to get a deeper look into your boyfriend and what he’s looking for out of the relationship.

The Reasons Your Man Is On Tinder

There are several reasons why men continue to use Tinder “for fun” while in a relationship and while none of them are good, some are worse than others. So you need to start by asking him why.

This is a good opportunity to discuss your relationship. Are you exclusive? What does that mean to you and him? Don’t come at it from a place of anger. Instead, try to understand why he’s still on tinder. This can be hard to get out of men but here are some reasons they may still be on tinder, besides cheating.

This doesn’t justify their actions but it may help clarify them. 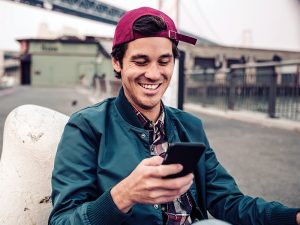 He likes the validation

If your boyfriend swipes on tinder without ever talking to other women, this is a good sign that he’s just looking to be desired and coveted by other women.

This means that he doesn’t feel desired or valued in the relationship, and it’s a sign he’s losing interest.

You have to ask yourself whether or not this is symptomatic of a problem in your relationship.

For example, are you two not getting to spend enough time together? Is there something keeping you at a distance from him? Does your relationship lack affection?

Some men say they use Tinder just because they miss flirting. They don’t consider this cheating because they never act on it.

However you feel about this reason, there are plenty of ways for you two to get the excitement of flirting without looking outside the relationship.

Building a relationship based on passion is possible and will make flirting with strangers online look boring by comparison.

If you’re looking for ways to take your relationship to the next level, you need to hear about my Devotion System. I can tell you the words and phrases that make men go wild with desire. Follow my program and become the only woman on his phone and in his heart.

This is a major red flag. If you can’t get a guy to be exclusive or to commit to you in the long term, then this is probably the case. It’s a sign of commitment issues.

He sees Tinder as a symbol of his freedom and singlehood and so deleting it would feel like giving in.

This is the case for men who consider being faithful and committed to you to be doing you some kind of favour. 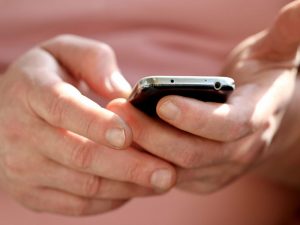 The truth is, a relationship that places one partner above another is doomed from the start. You’ll know you’re in this situation when you find yourself bargaining with him to spend time together, treat you properly and give you the love and affection you deserve.

While he may not be cheating, he certainly doesn’t respect you or your relationship.

All that aside, if you really trust your boyfriend and don’t have a problem with some casual flirting then Tinder isn’t the worst thing in the world.

You don’t have to let anyone tell you what your relationship needs to look like or what constitutes monogamy.

The most beautiful thing about relationships is that they’re each unique. Just make sure he’s not manipulating you and that you two have set boundaries about what is and isn’t okay in the relationship.

How to tell your boyfriend to quit Tinder

This isn’t an easy conversation to have. Chances are, if he is still on Tinder and you’re aware of it then this is something you’ve talked about and let go before. You need to make your feelings on the subject crystal clear if you want him to get off Tinder and do so without resentment.

There are several things to remember in this conversation. First off, don’t get angry. I’m always saying this but, for better or for worse, displaying anger only escalates the situation and makes it harder to get what you want.

You need to explain yourself but be firm. Tell him that using Tinder makes you feel like he doesn’t take your relationship seriously, it’s causing you to doubt his fidelity and that it makes you uncomfortable. The important thing is to not go on the attack.

Hear his side of things and really listen but don’t back down. Your feelings are valid and asking your boyfriend to delete a dating app is beyond reasonable.

In the end, using Tinder in a relationship isn’t always cut and dried. If he’s hiding it then it’s a sign of big problems in your relationship and can actually be worse than cheating. If he’s open about it then at the very least it’s a problem and a sign of lack of respect for you and the relationship.