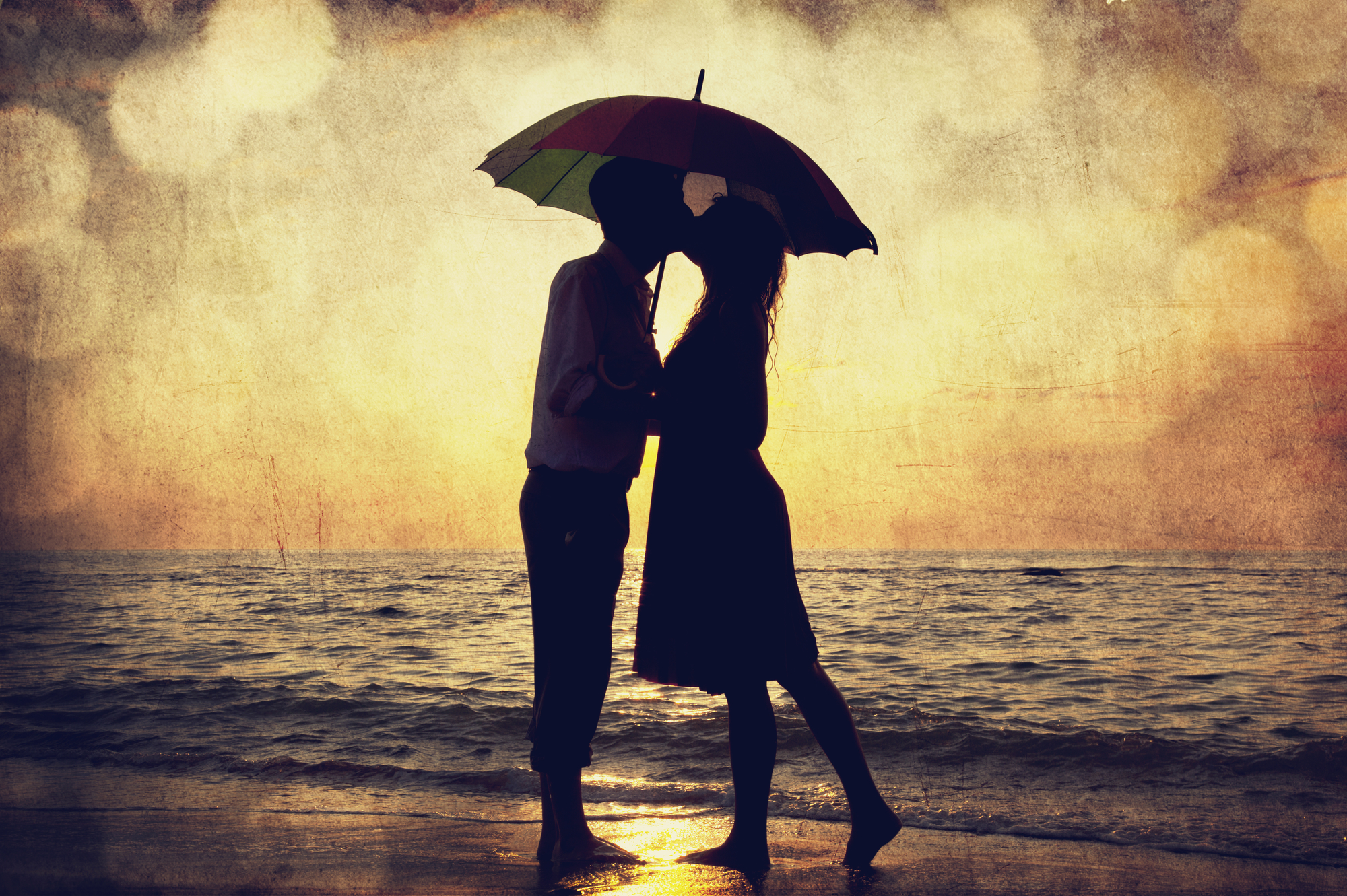 Hi Ammy, I'm a Nigerian whose interested in getting your devotional course. I discovered my country was not listed during…

As your relationship moves forward, one of the toughest things to gauge is your man’s feelings. It’s not always easy to find signs that he’s in love with you.

On one hand, you can assume he’s attracted to you because he shows you physical affection and you know he cares. Yet on the other, how can you tell if he’s actually in love with you?

Unfortunately saying “I love you” isn’t necessarily a giveaway and it can be tempting to overanalyze the other sweet nothings he says. If you’re looking for hints to tell if your man is in love then keep these signs in mind. 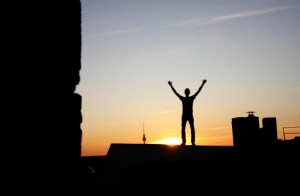 1. He wants to scream your name from rooftops

This doesn’t mean he’s going to do so literally (although if he does that’s a big plus), but rather if your man loves you he’ll want the world to know it.

Like Lloyd Dobler, your guy will go out of his way to express his feelings for you, which believe me, should not go unnoticed. Since men are typically more reserved when it comes to showing their emotions, if your guy goes out of his way to make it known that he’s proud to have to on his arm, honoured to hold your hand, and flattered to call you his own, then it’s safe to assume it’s love.

2. He invites you everywhere

When it comes to relationships men often fear losing their freedom. In fact, it’s one of their biggest deterrents for dating. So then, if your guy invites you to tag along to watch the game, or makes sure that you can attend every family gathering, it’s because he loves you and considers you an important part of his life.


That said, just because he wants the occasional night out with the guys it doesn’t mean you should be questioning his feelings. In fact, time apart can actually be a good thing for your relationship because it makes him miss you, which in the long run will do wonders for keeping the spark alive. 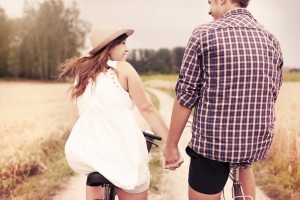 3. He considers you a team


Bonnie and Clyde, peas and carrots, peanut butter and jelly. These may sound a bit cliché, but if your man truly thinks of the two of you as a team then that’s a sure sign he’s in love with you.

I mean, he wouldn’t want his counterpart to be someone he just “liked” or thought “was cool.”

When a man falls in love he’ll no longer feel like a lone wolf, and as his right hand (wo)man you’ll know it when you see his contentment.

To keep him happily in love it’s important that you make it known you can count on one another. When he knows you’ve got his back he’ll not only appreciate your support, but he’ll want to keep you around.

4. His future includes you

When he plans trips, he does so with you. When he considers relocating for work, he asks if you’d be happy living there too. From what movie you’d like to see next week to what colour walls you’d like in the future dream-home, if he’s considering you in all of his future plans then this is a good sign that he’s in love with you.

While daydreaming about relationships is something that comes easily to women, it’s actually quite foreign to men. In fact, only once a man is in love will he start to seriously think about the future with you — and I’m talking more than a week or two down the road. Keep an ear out, and if you notice that he’s making subtle comments or mapping out your future together, then you can bet your buck it’s because he’s in love with you. 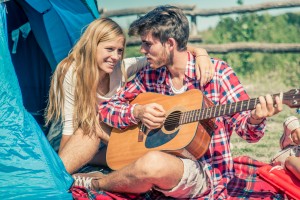 When you go out, he only has eyes for you. This means that he doesn’t check out other women, and he most definitely doesn’t get overly friendly with them. Why? Because he only wants you in his life so he doesn’t bother showing interest elsewhere.

When your man makes it obvious that you’re the only woman he’s into then you can be pretty certain that it’s love. Be careful not to jeopardize this though, just because he’s polite to other ladies or has female friends, it doesn’t mean you should assume he’s looking elsewhere so don’t get jealous. This can be a major turn off for men.

6. He shares your emotions

Let’s say you just received a big promotion or praise from your boss. If when you tell your man the grin on his face is as big as, if not bigger than yours, then you can be certain it’s because he’s in love with you.


When a man is in love he’ll share his partner’s emotions, both good and bad. From embracing your happiness to feeling blue when he knows you’re down, this kind of empathy is a sure sign that he’s head over heels.

It works both ways, too. When you show your guy that you care about his feelings and well-being he’ll be over the moon, so make a point to tell him when you’re in tune with his emotions. Communication is key in any healthy, loving relationship. 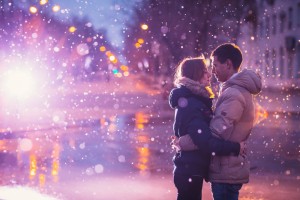 7. He acts like he’s in a cheesy love song or romantic movie

It’s like a wicked game that he gets lost in your eyes. He feels like he just died in your arms tonight, and he just can’t fight this feeling anymore. Everything he does he does it for you.

Lyrics aside, if your man feels the need to show his love for you every chance he gets then you have little reason to question it. This is a clear sign that he’s in love with you.

Now this doesn’t mean you should expect him to put on grand displays of affection daily, so don’t brush off the small things he does for you.

From hilarious pick-up lines and adorable poems, to candlelit dinners and surprise flowers, when he expresses his feelings in these cheesy ways it’s because he’s not only comfortable with you, he’s love with you.

8. He tells you he loves you (and you can feel that he means it)

Just because a man says “I love you” it isn’t always a telltale sign that his feelings are true. What’s worse is that it’s not uncommon for men to casually throw around these three words without meaning them, and alternatively, there are men in love who won’t admit such for a number of reasons.

The good news is that it’s usually easy to spot the difference between a man who is in love and one who is not. Better yet, you can use your instincts to help crack the case — if your guy says he loves you and you can feel the spark then there’s a good chance he means it. If the feeling is mutual let him know; it’ll do wonders for your relationship.