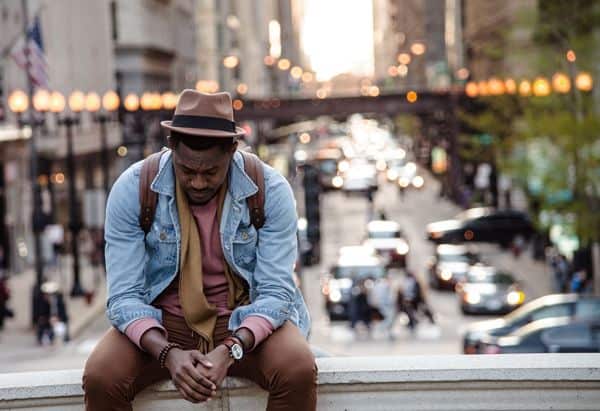 Tagged with dating, men, signs he's into you
Spread the love

But there’s a problem. How can you tell if they like you?

Six Signs That A Shy Guy Is Into You

The truth is, men aren’t that complicated and shy men are really no different. The main difference is that they’re trying to hide their feelings from you, and they can be pretty good at it.

Is He Shy or Just Uninterested?

First off you have to make sure he is in fact, shy, rather than just uninterested. The good thing is that, while he’d probably prefer to be invisible, the truth is shyness is actually quite easy to spot.

A word of warning about shy guys, they don’t always fit the nerd stereotype.

While some do act that way, there are plenty of shy guys who are more jocks or clean cut so don’t jump to conclusions that he isn’t shy because he likes sports.

Plus, there are plenty of guys who are only shy around the girls they like. This can make diagnosing a shy guy really difficult.

So how can you tell if your shy guy likes you? The shy guy shows his interest a little bit differently than his more outgoing counterpart.

1. He’s nervous around you

From afar, he looks serene and cool but when you talk one on one, he might get tongue tied, red faced and be unable to get a sentence out. Don’t worry, this is a sign that he really likes you!

So much in fact that he’s worried about making a bad impression. This will go away once the two of you get better acquainted and you’ll see that he actually has a lot to say.

If he sneaks glances in your direction but quickly looks away, then that’s a sure sign that he likes you.

This means he’s thinking about you and is attracted to you but is struggling to make his move. It can be a little unnerving but just know that it’s a great sign for things moving forward.

3. He’s better at texting than talking in person

This is classic shy guy move. He can’t talk to you one on one but over text he’s a chatterbox. This is because he has a chance to think over his message and get it right, so he prefers it over talking face to face.

An especially good sign is if he reaches out to you even if he has nothing to talk about. He’s looking for the flimsiest excuse to text you because he’s trying to get up the nerve to ask you out. I think it’s sweet.

If you’re reading this, chances are that you aren’t sure whether or not he’s really interested. Take my Does He Like Me Quiz to find out for sure. Just enter a few details about the two of you and it’ll tell you his true feelings. Don’t you want to know for sure?

Some shy guys, rather than being nervous, will seem cool as a cucumber. They might even take it too far and come across as aloof and standoffish.

You should be aware that this is just an act. He’s trying to make you think that he doesn’t have a care in the world, when really he’s scared to get close to you. Don’t be fooled!

5. He doesn’t talk about other girls

Shy guys tend to have a singular focus so if he’s interested in you, he won’t have eyes for any other girl.

Plus, he doesn’t want to give you the wrong idea, that you’re not the one for him, so he’s going to be avoiding talking about other girls at all costs.

If you notice he quickly changes the subject when you bring up another girl, then it’s a sign that he’s got it bad for you. He doesn’t want to make you jealous, but you should consider taking steps to make him jealous if you want him to make the first move.

Shy guys are introverted. This means that they find social interaction draining. The more intense this interaction, the more difficult it becomes. Eye contact, emotional intimacy and closeness are all things that he’ll have trouble with especially if he likes you.

So don’t take this emotional distance as lack of interest. Know that it’s actually a sign that he IS interested. He’ll be able to get closer to you once the two of you are more comfortable.

Those are my top signs that a shy guy has feelings for you. But what if he IS interested but won’t make a move? What can you do about it?

How To Date A Shy Guy

Take a breath and give it time. This is my biggest tip when dealing with shy guys. You can’t rush a shy guy. All you can do is try to put your best foot forward and wait for him to get up the courage. Just understand that his reticence isn’t a sign that he’s not into you. It’s just who he is. 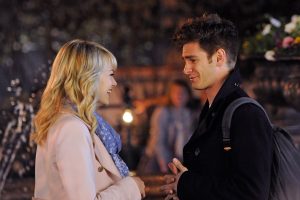 That’s why you may need to show him you’re interested. I rarely recommend that women make the first move, and this is no different, but if he’s really shy, it might be necessary.

Don’t be too direct but do reach out to him, try to spend time one on one and get him into deeper conversations than he might be initially comfortable with.

In the end, shy guys are just like other guys. They can be romantic, loving, and fun to be around. They just take a little time to come out of their shell.