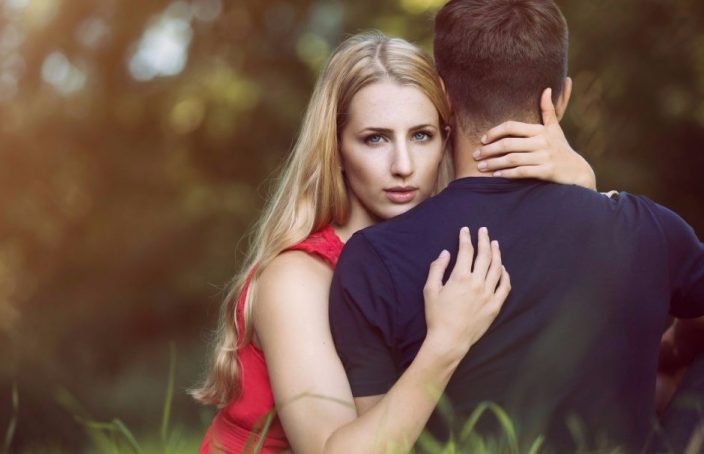 Looking to go the distance with your guy? Here are the sixteen things that make you wife material. He may like you, care about you, or even love you, but if you don’t check these boxes then this isn’t going to last forever.

Here are sixteen ways to make him see you as wife material. Cultivate these attitudes in your life and your relationship and he’ll be dying to put that ring on your finger.

1. You know how to handle yourself

Of course, guys always like a damsel in distress, but when it comes to being his wife, a guy wants to know that you can handle yourself.

That means that you know how to live life independently and you don’t always need to him to do everything for you. Of course, it doesn’t hurt to also be as financially independent as possible.

Guys will respect you for it and they will be more likely to see you as wife material.

2. You’ve got some brains to back up that beauty

This doesn’t mean you have to be a scholar coming out of Yale, but showing that you’re more than just a gorgeous face is one of the biggest things guys look for.

The best way to show off your intellect is to continue to learn and grow–teach him about the things that you love. For example, if you’re into plants, you can tell him about all the species that would work great in his living room.

RELATED: Turn A One Night Stand Into A Relationship

Or educate yourself about something you’ve always wanted to know more about and then challenge him. Even though guys say a smart girl intimidates them, a guy needs to have a wife that can stimulate his mind on a regular basis.

3. You take care of yourself

Of course, this one’s a pretty obvious one… but if a guy senses that you will let yourself go in the future, he’ll more than likely run for the hills. So keep active and healthy – not for him, but for yourself too.

And remember, guys are extremely visual creatures and they can’t help but be attracted to someone who they find physically gorgeous… so use this little psychological trick to your advantage here.

4. You force him to be a better man

I always say… one of the best signs that you’re with the right person is if that person brings out the best in you. So do this for him! Help him grow… whether it be physically, intellectually, or spiritually.

Support him and his passions. Support his work or his education. Doing so will force him to view you as future wife material… I can promise you that.

5. You get along with his friends

That doesn’t mean you have to like them or want to hang out with them… but if his friends see you as “the cool girl”, it’ll force him to really value what he has.

Guys want to feel like they’re better than their mates so give him one big reason to think that he has the coolest girl in the world!

6. You have shared values

This one can be a tough one because some people have hardcore, set values that they can’t change. But it’s important to hone in on the core values that you DO share together. Are you both family oriented?

Then make sure that you have your family life in order at all costs.

Do you guys value independence and travel? Then help him (and yourself) find ways to save up for that next big trip to South East Asia.

Remember, he has to view you as his teammate… because the more he sees you in this light, the more likely he is to consider marriage with you.

7. You call him on his BS (without nagging)

Honesty is the backbone of any strong marriage… and if you’re always telling him the sweet stuff, he’ll trust his instincts and run for the hills. Guys value that upfront attitude.

That means if he’s dropping his responsibilities around the house, call him out on it–but be kind. If you and your man can calmly work through your problems, he’s more likely see you as wife material.

This doesn’t mean that you have to be a comedian. Not everyone is blessed to be as funny as Ellen Degeneres, after all… but learning to laugh at the right times… and a willingness to even laugh at yourself is instantly attractive.

Remember, in marriage, you’re going to be with this person for the rest of your life. That means the day to day drudgery is going to take its toll at some point. If you’re able to see the lighter side of things, he’ll value that… and he’ll want to spend more and more time around you.

There are plenty of ways you can make him see your value and what makes you wife material. I created my Devotion System for women who want to stand out from the crowd. I’ve found the formula that men look for in their soulmates and how to keep him interested for the long haul.

This isn’t a must for many guys, but to the men that do value this, it’s HUGE.

A man values stability as much as a woman. Even though he’s pre-wired to be the “hunter and gatherer”, once the kids and mortgage comes, he’s going to want all the help he can get.

If you’re driven about a career path, then keep heading towards that goal and never stop. A man loves to see this sort of career ambition… and he’ll view you in a way that he never views any other women.

If you know he’s going through a tough time, you’re there bending over backwards to put a smile on his face.

Even if you fall flat, the gesture will most definitely be remembered… and he’ll not only be more likely to repay you for this thoughtfulness, but he’ll see you as type of person he could spend the rest of his life with.

Again, this doesn’t mean you have to be a genius and (or a know-it-all) but you need to learn how to have stimulating conversations with your partner about almost everything.

Imagine you’ve been with someone for 10, 15, or even 20 years… you’ve probably talked about all the big things in life, right?

The key is to be observant of things in the moment and have provocative chats about that. Talk about the future and the kind of life you want to build with him. The more you’re able to gab with him, the more likely he is to take your relationship 10 times more seriously.

I know, I’m totally against gender stereotypes as well, but I’m not saying that you should be the only one that cooks… but you just need to know how to cook well when it’s your turn!

You guys could turn it into a fun little competition… or, better yet, join a cooking class together. This is one of those skills that comes in handy every single day and it won’t go unnoticed.

This is a big one. Guys are 100% not into girls that fuss about the small stuff, especially if they don’t see a reason to fuss to begin with.

Instead of getting negative and moaning, try to always see the positive side of things. Is it raining outside and you had plans to go on a picnic date? Buy a board game and play strip Connect 4 or something.

Download a game on the PS4 and try something that he’s super into. There’s always tomorrow, so you might as well make today the best it can be.

I’ve talked to a few guys that said that one of the biggest things that irks them in a girl… is when they are just super high maintenance.

Meaning, you guys are always late because you’re putting on makeup… or you always have to travel a very particular and expensive way.

For a guy, this can be a huge turn off and it can force him see you as a person he can’t really spend the rest of his life with.

Of course, you probably don’t care about these shortcomings, because after all… you’re with him!

But if you can even say something like… “I know you’ve been struggling with your weight recently… but know that I think you’re sexy enough as is!” … this can do wonders for his ego. And he’ll think that you’re one of the very few people in the world that can see him this way.

16. You are adventurous (but on his level)

This one is a pretty obvious one, but it can be easy to forget once you’re in routine. In order for a guy to really look at you as someone who he can spend the rest of his life with, he needs to know that it can’t just be BORING. That means you can be spontaneous enough that gets him excited… and keeps him on his toes!