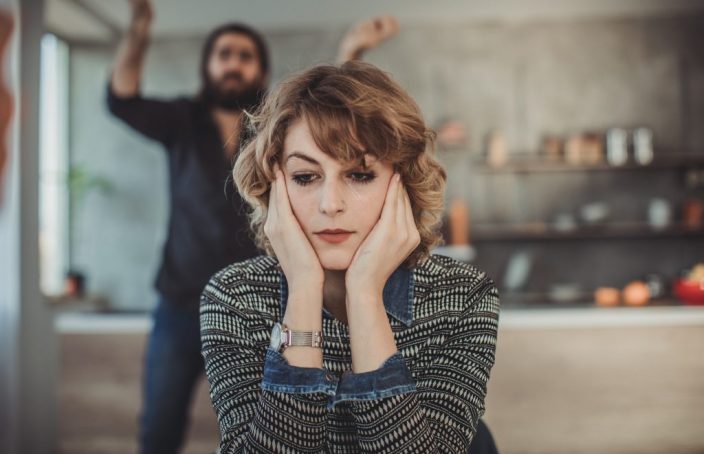 Most of the time your boyfriend is sweet and loving but sometimes it seems like he’s a totally different person. He’s moody, angry, and hurtful. Conversations end in rage and tears and you never know which version of him will walk through the door. Sometimes he makes you feel completely worthless but when you’re at your lowest, he’s always there to pick you back up.

Is Your Boyfriend Toxic?

Toxic relationships aren’t always as clear cut as you might expect. There won’t always be obvious physical or emotional abuse. If you’re worried things have crossed a line, you should seek help immediately.

I’m going to cover how to identify early signs that your relationship may be toxic. 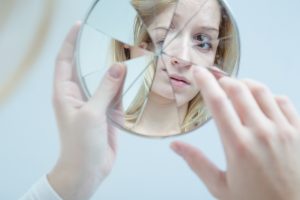 Often both parties act in ways that hurt and enable the other’s toxic behaviour. I define toxic relationships as relationships in which one or both partners use manipulation to justify selfish and abusive behaviour and maintain power and control over the other person, whether or not they’re aware of it.

Toxic relationships take many forms but they all share common traits

Minimizing your concerns and maximizing their own.

This is classic narcissism. When you have a problem with what they’re doing, they see it as a personal attack and will do anything to discredit your concerns. When they have a problem with your behaviour, they’re unwilling to listen to your side or compromise in any way.

This leaves you in a position where you avoid certain behaviour for fear of their reaction. You’re also afraid to call them out on their actions because you know that it will lead to a huge fight.

A toxic partner will demand a lot of your time and attention. They’re often insecure and will accuse you of cheating when you’ve been apart for any length of time. They see friends and family as competition for your love and they’re afraid that you’re going to leave them if they don’t keep you contained.

Isolating you from friends and family.

Toxic partners don’t want their abuse to come under scrutiny from the outside world. On some level they know that their behaviour is abnormal and would raise red flags and eventually lead to the end of your relationship.

Think of yourself like the frog in the pot of water. They’ve been slowly raising the temperature over a period of months or years so you don’t even realize you’re being burned. If another frog suddenly jumped in, they’d recognize right away what is going on and alert you to the abuse. Your partner doesn’t want that.

A cycle of abusive behaviour followed by apologies and promises.

Toxic relationships aren’t entirely negative. They’re often characterized by extremes of negativity and positivity. One moment you’re a terrible boyfriend or girlfriend who is ruining their life. The next moment they’re so sorry, you’re the love of their life and they’ll die without you.

This extreme teeter totter keeps you off balance and lets them call the shots in the relationship.

If you can identify with any of these behaviours then you may be in a toxic relationship. So what’s your next move?

How To Deal With Your Toxic Boyfriend

First, be aware that toxic people are often completely unaware of their manipulation. These are learned behaviours linked to childhood trauma, personality disorders, or a lack of positive relationship role models. This doesn’t mean you should let them get away with their abuse. Toxic relationships thrive when you allow yourself to be manipulated. Toxic people won’t change on their own and you can’t save them. They need someone to call them out on this behaviour and hold them accountable. They also need therapy from a mental health professional. 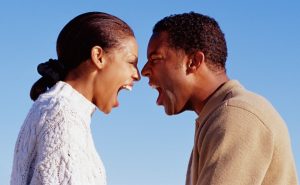 Toxic romantic relationships are difficult to end. A toxic partner will do and say anything to prevent you from leaving them. They’ll try to manipulate you into staying with them through insults, promises, or romantic gestures.

They may even threaten physical violence or self harm. I’d recommend enlisting the help of a friend or family member if you’re worried about how your partner will react. Remember that toxic people will try to isolate you from these support systems as a third party will see for themselves how toxic their behaviour really is.

That’s why reaching out to a third party is so important. You need them there to avoid manipulation, stay safe, and get clarity on the situation.

If you do decide to walk away, know that you can and will love again. I’ve created The Devotion System with women like you in mind. It will help you attract better men and stand up for yourself so that you can build a relationship where you can be safe and happy. Take it slow and be careful and you’ll be just fine.

Can you salvage a toxic relationship?

The truth is toxicity is a spectrum. This means that many relationships are toxic to some degree and depending on your particular situation, it is possible to fix your relationship but it’s going to be difficult. I’m a firm believer that love is important but it’s never as important as safety and security.

If your relationship is making your life worse and causing you to feel bad about yourself, you need to ask yourself is it worth saving? Remember that you can find happiness without them and one of the reasons you feel like they’re your only option is because of their manipulation and the negativity they’ve brought to your life.

You’re allowed to walk away.

If you do decide to try to make it work, there are several steps you can take to minimize their effects.

Before you even try to take these steps you’ll need to be on the same page with your boyfriend. Nothing will change if he’s unwilling to make change. This goes beyond just empty promises. Toxic relationships are built on broken promises.

He needs to show a willingness to work with you and on his own to change his mindset and his actions that have led you to this point. A firm commitment in no uncertain terms is essential to fixing a toxic relationship.

You should seek professional help. Again, many of the behaviours that are deemed toxic come out of childhood trauma and learned behaviour. These need to be remedied by a mental health professional. They are also often linked to psychological problems so a doctor can help point them in the right direction.

It’s going to take a lot of patience and resolve on your part as well to build a healthy relationship. You need to establish clear boundaries so they know how and when they are upsetting you. Make note of which words and actions are out of bounds and make sure you don’t give him any leeway when he crosses those lines.

During this process it’s important to keep in regular contact with your friends and family. They need to know what you’re going through to provide support as well as to weigh in on his actions so you can be sure that he’s treating you properly.