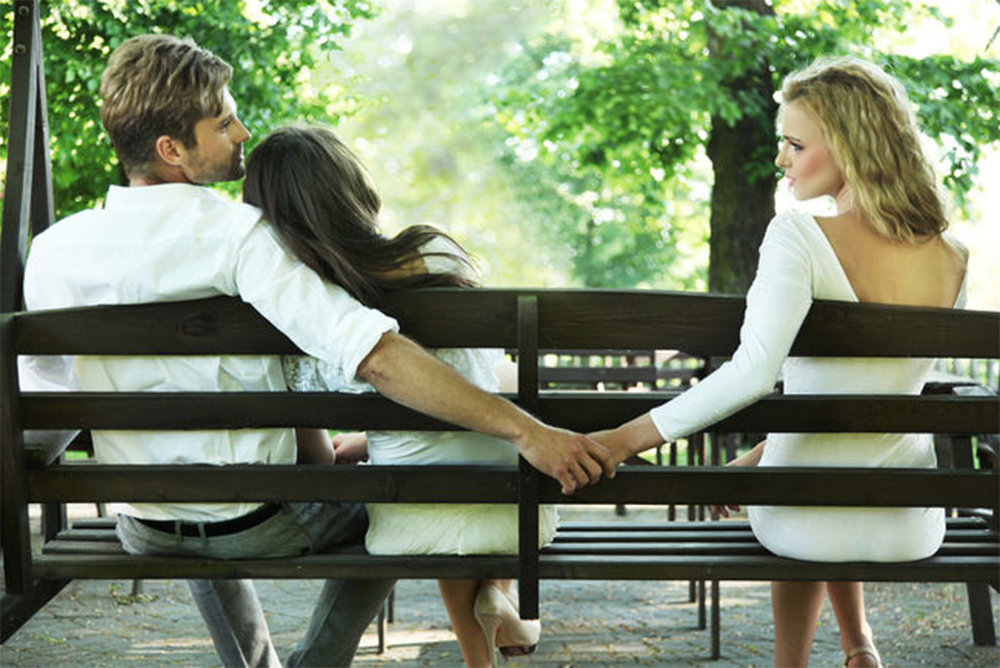 There’s no simpler way to put it than that cheating sucks, and sadly it happens more than most of us would like to believe.

The thing with cheating is that it can happen in any romantic relationship  – weak or strong, old or new, dating or married. And it’s not just super babes and heartthrob men who are doing it. In fact, most cheating happens between completely ordinary people. Sometimes they do it  for love, and other times, it’s just about the sex.

The Straight Facts On Cheating

While numerous studies have attempted to decipher various questions about cheating, dozens upon dozens of bizarrely shocking research proven facts have surfaced. Here are what I consider the top 20 (in no particular order).


When researching his book The Truth About Cheating, marriage counsellor M. Gary Neumann found that 92 percent of men said their infidelity wasn’t about sex. Instead their reasons were usually emotional, and had to do with feeling disconnected or unappreciated by their partners.


Studies have found that if your partner is faking it in bed, then you better watch out. Fakers are said to be more likely to cheat, and faking orgasms could also be a sign that your partner is getting action elsewhere. 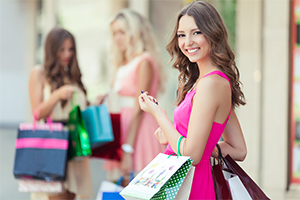 
Based on poll done by AshleyMadison.com of over 50,000 women, more than a third said they spend extra money to look good for their secret lover. Another 27 percent said they even have a secret credit card to keep their spendings under wraps. The poll also shows that the most popular stores for these cheaters included Banana Republic, J. Crew, H&M, and Macy’s.

Another poll by the site asked more than 40,000 cheaters where they loved to wine and dine in secret. Among the top 10 preferred dining destinations were Red Lobster, Outback Steakhouse, Chilli’s and P.F. Chang’s.


Most time we assume that people cheat on their partner with someone else because they’re more attracted to them. Turns out, that’s not necessarily the case. In fact, surveys of men who cheated show that 88 percent of them didn’t do it with someone they found more attractive than their partner. Just goes to show that looks really aren’t everything.

A study published in the journal Cyberpsychology, Behaviour and Social Networking suggests that Facebook leads users to reconnect with old flings, which in turn, leads to more affairs, breakups and divorces. 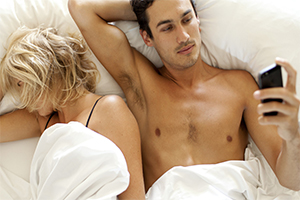 6. It doesn’t have to be sex to be cheating

In the U.S., a recent poll found that a large majority of both men and women felt that non-sex cheating was just as damaging to a relationship as sex. In fact, 85 perfect of female respondents and 74 percent of men agreed that even sexting is cheating.

This one definitely sounds crazy, but according to clinical sexologist Dr. Lindsey Doe, a man’s sperm reveals whether or not he thinks his partner is cheating on him. According to her, 40 percent of ejaculation is made up of what she calls “kamikaze” or “fighter sperm” designed to  block another man’s sperm from inseminating the egg. When a man suspects his partner is being unfaithful, he produces more of his fighter sperm to ward off other suitors. You’d need a microscope to see the difference, but that’s where labs come in…

8. Men with deep voices are perceived as cheaters


According to research published in the journal Evolutionary Psychology, women fear that men with deeper voices are more likely to cheat on them. On the other hand, men think women with higher pitched voices will cheat on them. Sounds strange, but it has to do with hormones – the more testosterone a man has, the deeper his voice is, and the more estrogen a woman has, the higher her voice. 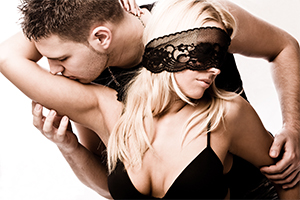 9. Both genders experience guilt, but for different reasons


Studies have found that both men and women feel guilty about cheating, but not for the same reasons. Research shows that men feel guiltier following sex, while women feel worse about an emotional betrayal, like falling in love with someone else.

10. Women are more likely to cheat today than in the past

A 2010 survey by the National Opinion Research Center found that women are 40 percent more likely to cheat today than they were 20 years ago. Some researchers think it’s because more of them are in the workforce or have jobs that require them to travel.

11. Men are more forgiving than women 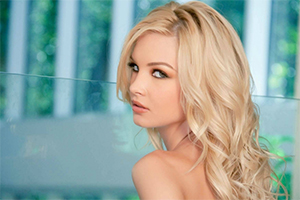 12. Blonde women cheat the most

Turns out blondes actually do have more fun. According to a survey conducted by dating resource CheaterVille.com to find out whether hair colour could be a factor in someone’s likelihood to cheat, blondes topped the list at 42 percent. Redheads were second-most likely to cheat at 23 percent, brunettes at 20 percent and black haired women at 11 percent….. I do wonder if this takes into account dyed or natural hair colours.

13. Women are more likely to turn affairs into relationships


A study published in the journal Sex Roles found that women were more likely than men to start a new relationship with someone they cheated with than men were. It also shows that, men were more likely to cheat simply because the opportunity arose, whereas women claimed problems in their existing relationships was their reason to cheat. Simply put, cheating for women seems to be a way to get out of an unhappy relationship and into another.

14. Adultery is illegal in parts of the United States


Although adultery is a misdemeanor in most of the states with laws against it, some states categorize the offense as a felony. Punishments for cheating vary widely by state. For instance, in Maryland, the penalty is a petty $10 fine, but in Massachusetts, a cheater could face up to three years in jail. Even though adultery is illegal in 23 states, it is rarely ever enforced. 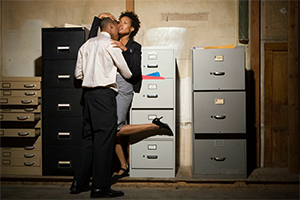 15. People are most likely to cheat with a co-worker


Speaking of jobs, a University of Washington study found that among spouses who cheated, 46 percent of women and 62 percent of men did so with someone they met at work.

16. Dropouts and dependents are more likely to cheat


According to world renowned sex and relationship educator and therapist; Laura Berman, PhD, there are certain groups of people who are more likely to cheat, including high-school dropouts.

RELATED: How Can I Forgive My Ex?

A study from the University of Connecticut also shows that both men and women are more prone to cheating on their spouses when they’re more financially dependent on them.


In countries where men and women make similar amounts of money, reports of infidelity were much more even between the genders. However, in countries where the financial gap between sexes is greater, women report cheating much less than men, probably because they have less social and monetary power than their husbands. 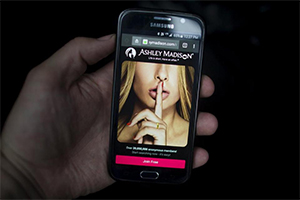 Believe it or not, it’s common to have fantasies about cheating on your partner. In fact, studies have found that 98 percent of men and 80 percent of women report occasionally fantasizing about someone other than who they’re currently engaging with.

A new set of studies published in the Proceedings of the National Academy of Sciences concludes that when we’re on the verge of entering a new decade in our lives, we’re more like to reflect on the meaningfulness of our lives. In other words, when we’re at an age that ends in a nine, we seem more inclined to cheat.

After collecting data on eight million people registered on a dating website for people seeking extramarital affairs, researchers found that people 29, 39, 39 and 59 were nearly 18 percent more likely to be looking for an affair than other users.

20. Cheating increases your chances of having a heart attack

The risk of having a heart attack during sex is very low, however, research has found that when heart attacks do occur during sex, they’re more likely to happen to men when they’re cheating compared to when they’re having sex with a spouse.

Why? Scientists have argued that cheating causes psychological stress from feelings of guilt and anxiety. In turn, these can have a negative effect on the cardiovascular system, the result being a heart attack.

These facts aside, it’s important to remember that everyone is different and just because studies have reported these findings, it doesn’t mean the second you man turns 29 he’s going to have an affair, or that your woman is going to cheat on you because she’s blonde and likes to shop at Banana Republic. One of the best ways to prevent cheating is by being open, honest and supportive of your partner. Equally as important, don’t go looking for problems that aren’t there.